A downloadable game for Windows

Puzzle your way through a forgotten world where color has been stolen by ancient torches.

There is just one rule: you may not step between black and white.

- Use the power of light and dark to explore the world

- Venture into Zelda-like dungeons to restore the world to color

- Discover the story of the civilization that came before you

fascinating game, but there seems to be an issue with the area shown in the first screenshot:

one of the torches appears to be slightly mispositioned, making it impossible to reach any of the interactable torches in the area's initial configuration due to a one pixel separation of black between two white areas that other wise would allow one to do the puzzle that would allow one travel further east. (and ultimately into the blue temple)

Thank you for playing the game. However, that puzzle can be completed in its current state. There is a spot near the bottom of the room where you can enter the radius while standing on black and then follow that in order to interact with the required torch. 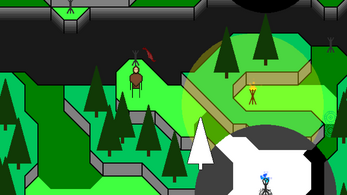 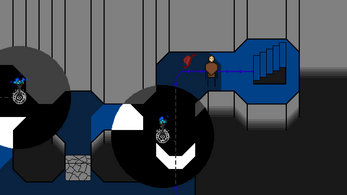 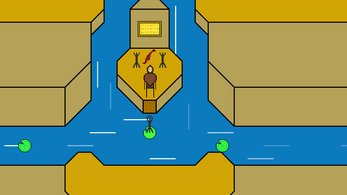 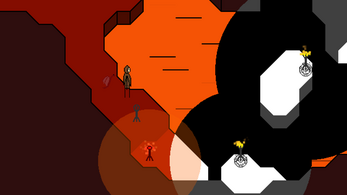 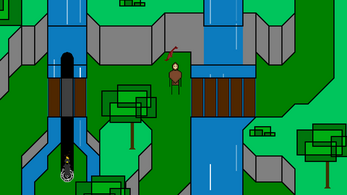